Silence is the fullness of sound

Posted on April 23, 2016 by interfaithashram

“Silence is not the absence of sound but its fullness. It not a question of being ‘dumb’, with nothing to say. Rather, it comes from sense that all has been said. “Out of silence God said but one word”. God is Silence, so to speak. The Word is said in order to lead us into Silence. The Word grants an experience of the divine Presence, like a window opening onto a vast panorama. The Silence empties itself, so to speak, by expressing itself totally, for nothing is held back, nothing is hidden; all is said. In the same way, the Word refers back to Silence. Silence expresses itself completely in the Word; the Word for its part manifests Silence in complete clarity. Word and Silence go together, equally, in an interplay.” 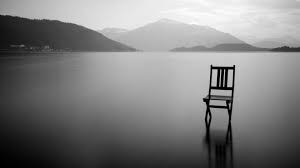 Rev. Dr. John Dupuche is a Roman Catholic Priest, a senior lecturer at MCD University of Divinity, and Honorary Fellow at Australian Catholic University. His doctorate is in Sanskrit in the field of Kashmir Shaivism. He is chair of the Catholic Interfaith Committee of the Archdiocese of Melbourne and has established a pastoral relationship with the parishes of Lilydale and Healesville. He is the author of 'Abhinavagupta: the Kula Ritual as elaborated in chapter 29 of the Tantraloka', 2003; 'Jesus, the Mantra of God', 2005; 'Vers un tantra chrétien' in 2009; translated as 'Towards a Christian Tantra' in 2009. He has written many articles. He travels to India each year. He lives in an interfaith ashram.
View all posts by interfaithashram →
This entry was posted in John Dupuche. Bookmark the permalink.