Posted on December 24, 2015 by interfaithashram

Through the good offices of Bettina Bäumer I had made the acquaintance of Harsa Satapathy in Bhubaneshwar, Orissa, India. Harsa introduced me to this friend Saumya Tripathy. On one or two hectares which Saumya’s family granted to him at Uttara near Bhubaneshwar, I have built two houses. In short, we are constructing a very simple sort of ashram. To the east of the ashram there is a circular tantric temple open to the sky dedicated to the Sixty-Four Yoginis; to the west is Shanti Stupa, built by the Japanese on the spot where Ashoka, the first emperor of India, after having witnesses the horrors of all-out war, converted to Buddhism; to the north is the famous Lingaraja Temple, dedicated to Siva; and to the south , in Puri, the temple dedicated to Lord Jagannath (Vishnu), one of the four principal sacred sites in India. The ashram is located among the rice fields but near the main road between Bhubaneshwar and Puri. The interreligious dimension is there too. 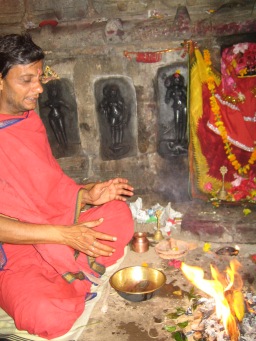 Buddhist Temple, Dhauli, near Uttara, to commemorate the conversion of the Emperor Ashoka to Buddhism. 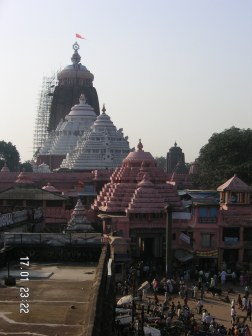 Puri, Temple of Lord Jagannath, an avatar of Vishnu

Temple of the 64 Yoginis, Hirapur, near Uttara 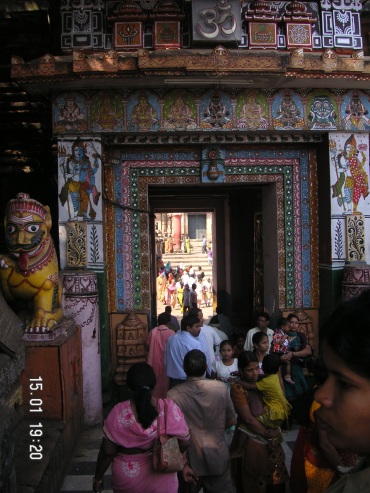 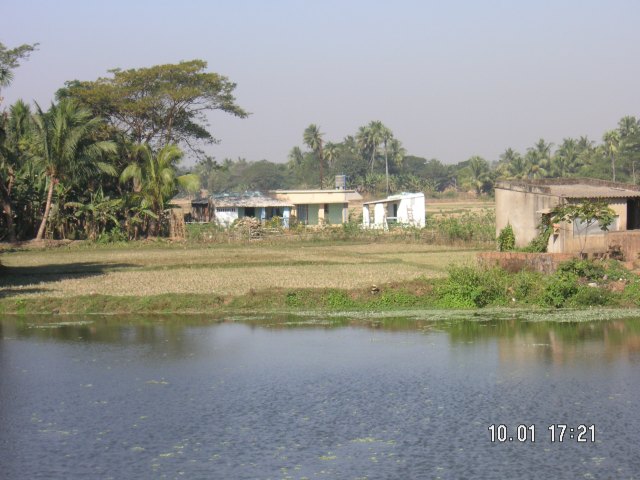 Rev. Dr. John Dupuche is a Roman Catholic Priest, a senior lecturer at MCD University of Divinity, and Honorary Fellow at Australian Catholic University. His doctorate is in Sanskrit in the field of Kashmir Shaivism. He is chair of the Catholic Interfaith Committee of the Archdiocese of Melbourne and has established a pastoral relationship with the parishes of Lilydale and Healesville. He is the author of 'Abhinavagupta: the Kula Ritual as elaborated in chapter 29 of the Tantraloka', 2003; 'Jesus, the Mantra of God', 2005; 'Vers un tantra chrétien' in 2009; translated as 'Towards a Christian Tantra' in 2009. He has written many articles. He travels to India each year. He lives in an interfaith ashram.
View all posts by interfaithashram →
This entry was posted in Uncategorized and tagged My ashram in India. Bookmark the permalink.